There is an indisputable fact when it comes to promoting clients on social media: You need to know your audience. More and more often, we’re finding we must tailor our efforts to address “millennials” as a serious and influential target group.

So, do you need to speak to them differently? The answer is both “yes” and “no.”

END_OF_DOCUMENT_TOKEN_TO_BE_REPLACED

Outing a rumor that’s been orbiting around the Twiitterverse, tech site Re/Code and the Wall Street Journal reported last week that founder and newly appointed CEO Jack Dorsey (then interim) is spearheading a project code-named “140 Plus” that would purportedly extend the service’s signature 140-character limit.

Feel free to read all about how this is because Twitter needs to grow its user base, monetize, evolve, compete with other social media platforms, blah blah blah, selfie sticks. According to co-founder Ev Williams, during an interview with Bloomberg TV at the Vanity Fair New Establishment Summit in San Francisco, the market-watchers’ focus on Twitter’s user growth, which has stagnated at 316 million people, is overblown. The company has done a good job of driving revenue, he said, though he acknowledged the service wants to rope in more users.

END_OF_DOCUMENT_TOKEN_TO_BE_REPLACED

Ad creep is defined in our industry as the spread of media placement into every possible aspect of our daily lives. Thighvertising (according to the U.K.’s Telegraph, or maybe it was the Daily Mail – it was earlier this year) originated in Japan, and is pretty much just what the name implies: advertising on the quadriceps. But not just any quads, mind you – on the taut legs of young, attractive women. Everything I read about this trend – which seemed to hit critical media mass in the last few weeks — noted its potential for the objectification of women. Then, of course, came the opinions that it’s EMPOWERING when women turn the tables and take control of their bodies and their image. As someone of the female persuasion, I’m going to stop right here before I let loose with an opinion of that sentiment, which isn’t really relevant to the topic at hand. However, I will tell you that this is my test for whether something is exploitative (borrowed from another writer, so no claims to originality here): Are guys doing it, too?

END_OF_DOCUMENT_TOKEN_TO_BE_REPLACED 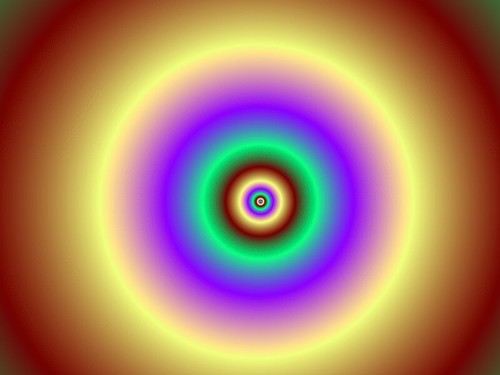 I feel a rant coming on.

It’s a recession; it’s a tough market; everyone’s pulled back; there isn’t enough to go around; blah blah blah. We hear it every day from colleagues who lost a long-standing client to someone who claims they can undercut prices, from people who were fired and replaced by someone cheaper and less experienced, from former clients and employers who offer the sop, “I’m sure we’ll be referring you business.”

Yep. It’s every business for itself. The playing field has leveled and small agencies are competing with larger agencies for the same handful of clients with marketing dollars. Advertising is competing with public relations for the same dollars, each making the argument it can do more for the client than the other. Carpe diem, everyone. Grab all you can.

END_OF_DOCUMENT_TOKEN_TO_BE_REPLACED

Do I love the title of this Salon.com article or what? So much that I appropriated it for my post about it. It is primarily a long pictoral cringe at pants styles, ones that seem, like zombies, to return periodically from the grave to attack the unsuspecting. You know it’s bad when  the Wall Street Journal (!?!) is reporting the latest in a series of pants-related indignities: The growing popularity of leather shorts or “the rise of modern lederhosen.” No. Lie. You simply must view the slideshow, and be prepared to sink a little lower in your chair when your own personal pants-related sign of the apocalypse pops up on your screen. Jolly good Friday fun.

Today’s Bad Pitch Blog outs a publicist for Blinds Chalet, who has sent 6 pitches to BPB’s author, in spite of being asked not to, since he writes about public relations, marketing, social media, media relations and the various circles with which they overlap. So, why blinds, and why not stop already??

To quote: “And when people take the spray and pray approach to pitching? We actually see some get pissed at US for replying because we’re so off topic. Why would WE bother THEM? Yeah, it’s a fine line between chutzpah and stupidity…

“The pitch proves a point we’ve made all along. Most of the bad pitches are not really bad. The people sending them are just ultimately lazy. Even if Chris is in love with his automatronic spam bot, you’d think he’d be tracking replies.

And taking them off your list already. Thanks for speaking up, Bad Pitch guys.

The Bad Pitch Blog’s headline for this one really says it all: “The Bad Hitler Pitch (as if there was a good one).”  Yes, some PR professional in the UK actually pitched a book with this amazingly dense come-on: “What do Andrea Bocelli, Mikhail Baryshnikov, Adolf Hitler and Svengali have in common? At first glance a blind Italian tenor, a Russian ballet dancer, a German dictator, and a fictional hypnotist seem to have little in common, but what they all share is an ability to transcend the ordinary and put their audiences in a trance.”

How offensive is THAT to anyone who lost a family member during the Holocaust, or worse, someone who SURVIVED the Holocaust? As the reporter who received this missive wrote back to the publicist, “Using Hitler in a pitch is the equivalent of tossing a live hand grenade into a crowded room, and that rarely is there an acceptable reason to do so.”

I have to concur on multiple levels that the absolute awfulness and blithe ignorance of this publicist is breathtaking, yet his/her CEO actually tried to defend their position and use of this analogous quartet: “Although considered an unskilled orator, there was something in his cadence and speaking demeanor, some experts believe, that caused this. Hitler most certainly ‘transcend the ordinary.’ Is it ‘ordinary’ to slaughter 6 million people?”

After wiping the latte off my keyboard at the snort of disbelief this breathtaking exaample of bad taste provoked, I was pleased to see the intrepid reporter reply to him thusly: “Really? If by ‘the unexpected ways trances affect our everyday lives,’ you mean, ‘killed off most of my family through mob violence and systematic murder in concentration camps,’ then yeah, wow, that ‘trance’ totally affected some everyday lives.”

Great way to further the reputation of publicists, huh? “Flak” fits this one like a tailored brown shirt.

Yep, I said “balls.” Because that’s what it takes to grab a picture of a sitting president wearing your coat from the AP, pay them a license fee for use, but never obtain permission or a release from the subject of the photo. Yes, that would be THE PRESIDENT. Then, you plaster this advertisement — because that’s what it is — on a huge Times Square billboard and add it to your website, absolutely implying the endorsement of President Obama for your apparel.

And in case that isn’t ballsy enough, here’s what you say to the New York Times:

“Is it a calculated risk? Not being an attorney — I’m being, really, a designer, merchandiser guy in the apparel business — I would leave that to the attorneys or whatever. We’re not saying President Obama endorses Weatherproof apparel.”

This is the same logic used frequently by my 15-year-old son. Way to go, Freddie Stollmack, the garment company’s president. I’m not going to mention the manufacturer’s name, since they’re generating plenty of publicity by sending out press releases and trying to place the image into ads in major newspapers (all of whom turned it down). As a publicity stunt, it was a reasonably calculated risk. And a slippery, slighty queasy slither around ethics.

Even PR people (and I have been one since 2004), whom many in the media regard as an annoyingly necessary evil, might find this one doesn’t quite hammer the round peg of “controversy” into the square hole “any publicity is good publicity.” I’m just saying.